Tai Chi has been practiced in China for thousands of years. The origin of Tai Chi is the stuff of legends, but one fairly accepted version is about Chang San Fang, a Taoist monk who had a background in Shaolin martial arts. One day in the 13th century he saw an altercation between a snake and a crane. Watching the struggle between the two animals, he noticed that it was not a battle of strength but a dissolving of the attack that seemed to be the predominant method of defense. The winner of the battle is unknown, but we do know that this experience of watching the struggle had a profound effect on the development of this art. Today, there are movements within the Tai Chi Chuan like Snake Creeps Down and White Crane Spreading its Wings that have origins with this ancient story. Tai Chi started as a martial art and developed into a very effect means of self defense. Within recorded history the Chen Family in mainland China took the rudimentary movements of Tai Chi and various families including Yang, Wu and Sun developed it into what we know today. Grand Master Lu Hung Bin, who died in Taiwan at the age of 82 in 1990, developed this particular form of Tai Chi. It is performed in slow motion based on a continuous flowing movement coordinated with deep breathing. It resembles an effortless dance, but every movement is precise and is performed with a great deal of internal strength.

The Lu 64 Move Yang Style is a beautiful, rounded style of body movement. The complete form takes about 20 minutes to perform. The space required is about 12’ to the right and to the left, and about 6’ in front and behind you. Many prefer to practice outdoors, not just because of the space used, but because of the pleasure of integrating one’s energy with the universe. Each movement is a succession of an opposite action, so that the hand which is above descends and the hand which is below rises. No movement is complete in itself; it is always moving towards its opposite, and the end of one is the beginning of another. This reflects the way of nature. Everything in the universe is constantly changing and renewing itself in a cyclical pattern, so it is with Tai Chi. No posture is held – it is a continuous flow, each posture melting away as soon as it is formed. It is by practicing Tai Chi that one is able to harmonize oneself with internal balancing changes, and to flow peacefully with eternal change.

There are 64 distinct movements in this form, which include the following moves: 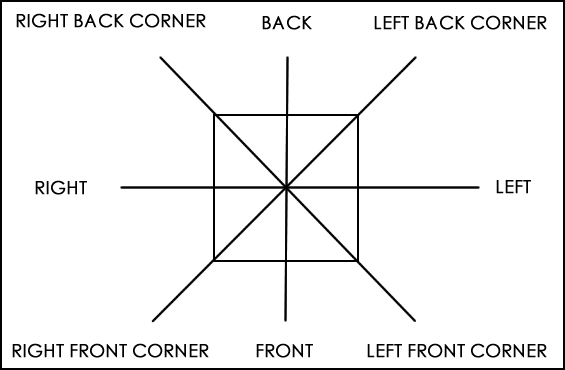